Is it safe for taxpayers to invest in our prisons?

IS IT SAFE FOR TAXPAYERS TO INVEST IN OUR PRISONS?

Rumor has it that from a financial point of view, due to economies of scale, large prisons are a better option than small-scaled detention houses. Is this, indeed, the case? 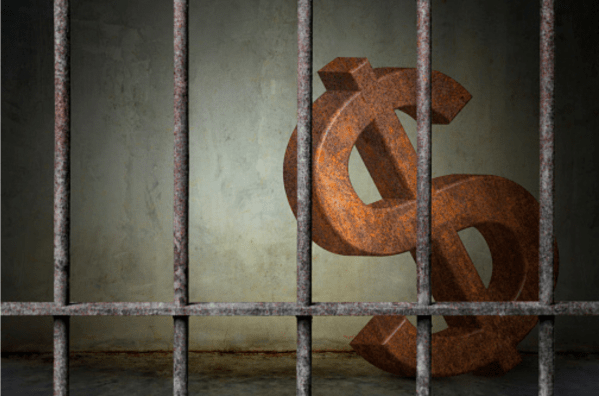 One of the main obstacles raised against the replacement of large prison institutions by small-scaled detention houses concerns the (allegedly) higher financial costs of the latter. The argument – herein simplified – is that large prisons are more cost-efficient because they benefit from economies of scale. Is this indeed the case?

A better understanding on this topic requires an analysis of the existing research on the costs of detention. Contrarily to what we expected, not much has been written on this matter. The empirical evidence is very scarce but points unanimously to the conclusions that (1) size of a prison influences the costs of detention and that (2) prison activity has economies of scale at least to some extent, i.e., there are unit cost reductions associated with an increasing size. Research in the USA suggests that, as far as costs are concerned, the ideal dimension of a prison establishment would range from 1.000 to 1.600 incarcerated persons (Trumbull & Witte, 1981). Research in Italy also shows that the unit cost decreases until the threshold of 300 incarcerated persons (Balassone et all, 2008).

So, we will assume that economies of scale do exist in prisons. But this conclusion – although very relevant – is far from providing a complete answer on how to invest taxpayers’ money efficiently, when it comes to prison systems. Other aspects, questions and disclaimers shall be considered if we want to have a deeper and honest understanding on the costs of detention.

1. AVERAGE COSTS ARE A FALSE FRIEND

The aforementioned studies concluded that large prisons have an advantage in terms of costs, but this advantage fades out when their capacity goes beyond a certain point. From that point onwards, the advantage is not significant anymore. But there is no unanimity with regards to that exact number, which should be ascertained on a case-by-case basis, especially if we consider that the costs of detention vary significantly not only from country to country, but also from prison to prison. The cost of running prison establishments is usually measured by the daily cost per detainee, which, according to the most recent SPACE I Report (Aebi & Tiago, 2020) of the Council of Europe, varies between € 2,40 in the Russian Federation and surpasses €600 in Luxembourg. It is also noteworthy that, most of the times, we lack complete information to make informed decisions on this topic. We rarely find official information, published by national Governments, on [i] the costs of each prison establishment and on [ii] the relationship between such costs and the features (i.e., size) of each prison establishment. Also, prisons are very different amongst themselves and vary greatly from transition or detention houses. Such heterogeneity hinders comparisons. To face this problem, we usually resort to average costs, but they are an illusion, not a safe basis for decisions. With great probability, the average prison establishment does not exist and the same applies to the average transition house. What would matter is the comparison between (i)the costs of keeping someone in a concrete prison and (ii) the costs of placing that same person in a concrete transition house (that already exists or is likely to exist). That is the marginal cost that should be considered when making the decision of replacing a concrete prison by a concrete detention house.

Evidence published on the costs of transition houses is also very scarce. Nonetheless, sixof the eight studies analyzed by Seiter et al. (1977), in the USA, attributed to transition houses a lower cost per resident than prison establishments, with only one finding the opposite result and another not finding significant differences. This might be worth consideration: although economies of scale exist, size is not the only feature influencing costs.

In fact, other features will significantly influence the costs and the efficiency of a place of detention. Hall et al. (2013) point out that smaller establishments are often the most efficient, which leads them to conclude that, more important than looking for the ideal size for prisons, it is trying to understand the practices that make them more or less efficient.

The top-of-mind costs of running a prison – which include daily operations, security administration, trainings, education, health, clothing, and food, amongst others – are only one part of the whole picture. An effective prison system must contribute to safer societies and to the reduction of crime rates. To put it simple, the money invested in a prison system that does not prevent recidivism is actually going to waste. In other words, recidivism is a cost.

Research on the impact of prisons and transition houses in recidivism is much vaster. The great majority of studies available, most of which concerning the US reality, indicatesthat attendance of a transition house reduces the probability of recidivism or, at least, has a similar impact to the one of a prison establishment.[1]

We may even look beyond recidivism and try to address the problems that are at the rootof criminal behaviors and may include, among others, poverty, lack of employment, lack of education and lack of social ties. In fact, the satisfaction of needs such as housing and employment contributes to reducing the probability of recidivism (Freudenberg et al., 2005). At this level, there is certain evidence, for example, that transition houses reinforceemployment rates of their residents (Seiter et al., 1977).

4. HUMAN-BASED SOLUTIONS ARE WORTH OUR MONEY

Investment in prison systems should follow the same pattern as the investment made in education or health systems. We would be willing to invest more money in schools that offer qualified learning opportunities. We would also be willing to invest more money is hospitals that offer better health care. The same way, shouldn’t we be willing to invest more money in a prison system that serves its purpose of reintegrating human beings in a safer society? Small-scaled detention houses are a human-based approach to the deprivation of liberty, strongly focused on the dignity of each individual and on the push for inclusive societies. Even if they prove to be a more expensive solution – which would need to be assessed in a case-by-case basis – they can still be worth the taxpayers’ investment. Rumor also has it as well that “you need to be conscious of the money but not at the cost of your conscience”.

This website uses cookies to improve your experience while you navigate through the website. Out of these, the cookies that are categorized as necessary are stored on your browser as they are essential for the working of basic functionalities of the website. We also use third-party cookies that help us analyze and understand how you use this website. These cookies will be stored in your browser only with your consent. You also have the option to opt-out of these cookies. But opting out of some of these cookies may affect your browsing experience.
Necessary Sempre activado
Necessary cookies are absolutely essential for the website to function properly. These cookies ensure basic functionalities and security features of the website, anonymously.
Functional
Functional cookies help to perform certain functionalities like sharing the content of the website on social media platforms, collect feedbacks, and other third-party features.
Performance
Performance cookies are used to understand and analyze the key performance indexes of the website which helps in delivering a better user experience for the visitors.
Analytics
Analytical cookies are used to understand how visitors interact with the website. These cookies help provide information on metrics the number of visitors, bounce rate, traffic source, etc.
Advertisement
Advertisement cookies are used to provide visitors with relevant ads and marketing campaigns. These cookies track visitors across websites and collect information to provide customized ads.
Others
Other uncategorized cookies are those that are being analyzed and have not been classified into a category as yet.
GUARDAR E ACEITAR
Go to Top